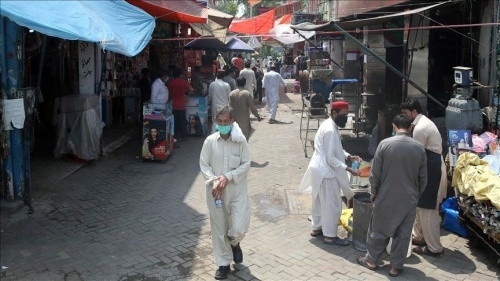 Janomot report: Pakistan continued to record a surge in coronavirus cases with over 1,300 new cases on Wednesday, the highest single-day number since July 30, the Health Ministry said.

The country has recorded over 4,500 fresh cases in the last four days alone, prompting the government to reimpose its "smart" lockdown, mainly in 30 big cities, and make wearing of masks mandatory in public places.

On July 30, the South Asian country of over 200 million people recorded 903 cases of the novel virus, a figure which then started to decline.

Amid a resurgence in cases across the world, health experts have warned of a second wave in Pakistan as well.

Authorities also announced the shutting of all parks and entertainment venues by 6:00 p.m. local time and markets, shopping centers, restaurants, and banquet halls by 10:00 p.m. nationwide.

In May, Pakistan eased virus restrictions and reopened businesses which were closed in March.