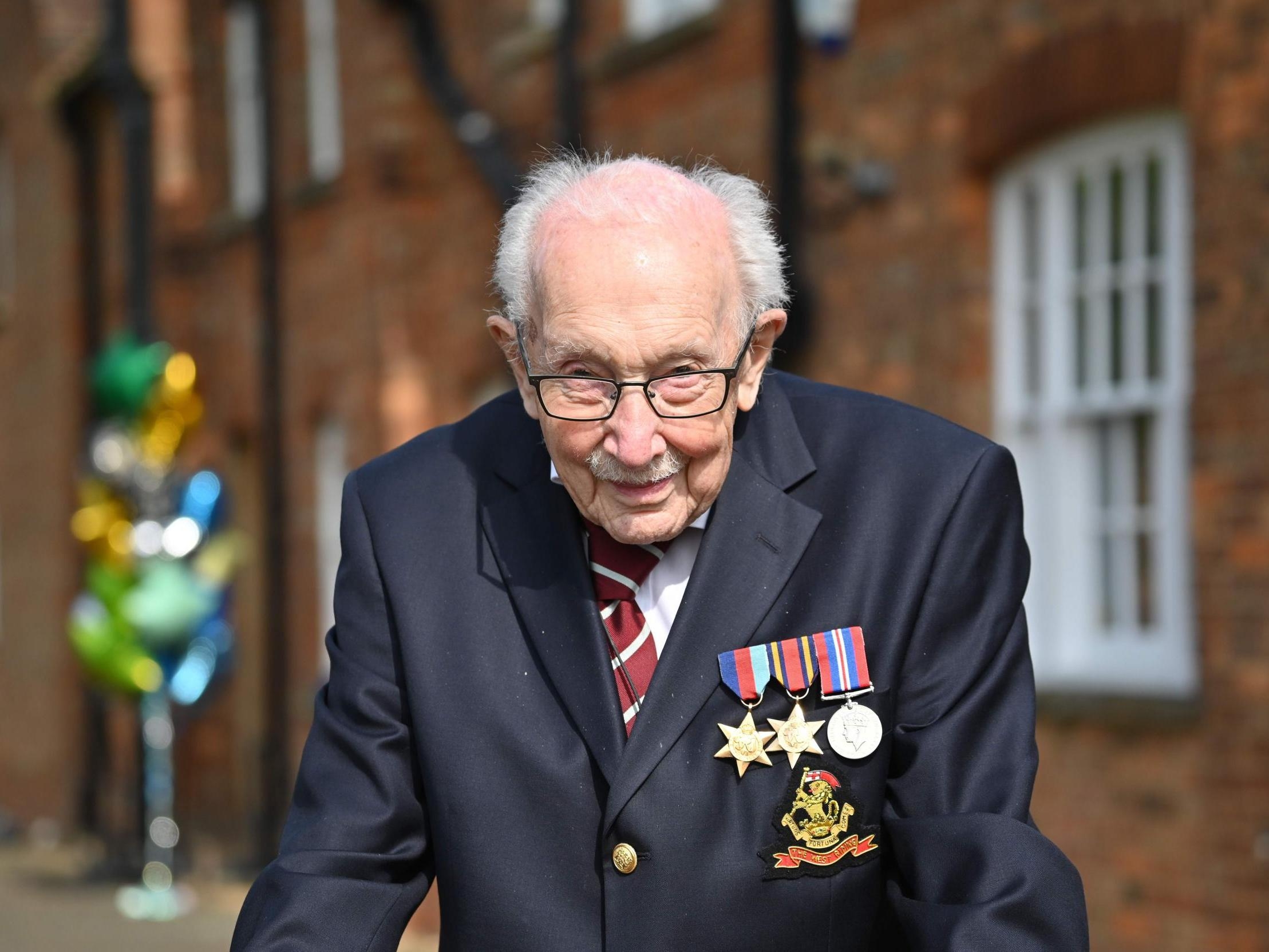 Captain Sir Tom Moore, who inspired a nation during lockdown has died aged 100, after contracting Covid-19.

The army veteran who was battling pneumonia, raised an astonishing £32.7million to support the NHS, and passed away in hospital yesterday (2 February) surrounded by his family.

He became a national treasure after setting a challenge to walk 100 laps around his garden before he turned 100 last April. He initially set out to raise just £1,000 but his mission went international with donations pouring in, taking his final total to £32.7 million.

To pay tribute to the army veteran, Tower Hamlets Council is flying the Union Jack at half- mast outside the Town Hall in Mulberry Place and at Albert Jacob House in Bow.

‘’Captain Sir Tom Moore was a hero who inspired us all with his fundraising efforts. At a time where we have all been challenged by the pandemic he lifted us up as he represented hope, determination and the spirit of thinking of others in our community. These are values we hold dear in the East End. My thoughts are with his family at this sad time.’’