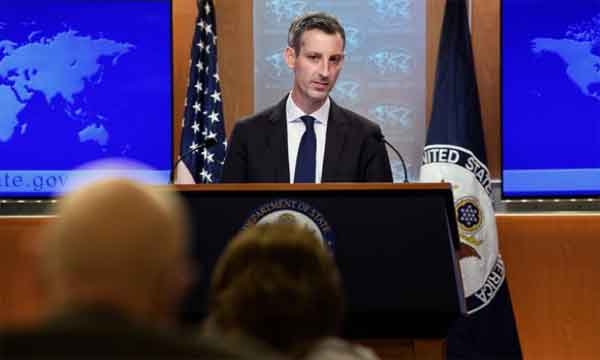 The United States State Department has clarified that there has been no change in America’s Kashmir policy and Washington still considers both Jammu and Kashmir as a territory disputed between India and Pakistan.

The clarification, given at a news briefing on Wednesday afternoon, followed a string of statements by US President Joe Biden and senior officials of his administration, outlining their policies towards the South and Central Asian regions.

The region includes India, Pakistan, Afghanistan and China and the policy outlines indicate a gradual change of emphasis from Pakistan and Afghanistan to China.

The statements also show a greater US reliance on India to help counter China’s growing influence in the region. But the clarification on the Kashmir issue shows that the Biden administration is not insensitive to Pakistan’s concerns either.

“I want to be very clear, there has been no change in US policy in the region,” said State Department spokesperson Ned Price when reminded at a briefing that a tweet the department posted earlier on Wednesday did not mention the region’s disputed status.

“Is this a change in policy? Does the State no longer recognise this (Jammu and Kashmir) as a disputed territory? Is there some sort of change in position that we need to know?” asked a journalist while referring to the tweet.

The tweet in question welcomed India’s decision to restore access to 4G mobile internet in the disputed region but identified the area as “India's Jammu and Kashmir".

“This marks an important step for local residents, and we look forward to continuing political & economic progress to restore normalcy in J&K,” the State Department had commented.

The journalists attending the briefing noticed this omission and asked the spokesperson to clarify the department’s position who said the US still considered Jammu and Kashmir a disputed region.

Earlier this week, India ended an 18-month-long ban on high-speed internet services in occupied Kashmir, where opposition to the Indian rule has deepened after New Delhi revoked the region's semi-autonomous status in August 2019.

The new order lifted the ban on 4G mobile data services, but asked police officials to "closely monitor the impact of lifting of restrictions".

At the State Department briefing today, journalists also asked the US official to comment on Twitter’s decision to block over 500 accounts after the Indian government accused them of making inflammatory remarks against Prime Minister Narendra Modi.

“I would say generally that around the world we are committed to supporting democratic values, including freedom of expression,” Price said.

“When it comes to Twitter’s policies, we’d have to refer you to Twitter itself.”

On February 9, President Biden telephoned Modi and underscored his desire to fight together the scourge of global terrorism and to “defend democratic institutions and norms around the world”.

The Indian media, while commenting on the White House readout of the conversation, noted that Biden’s emphasis on “democratic values” was slightly different from the Trump administration’s focus on “security, driven in large measure by growing Chinese […] assertiveness” in the region.

But on Tuesday, the State Department did assure New Delhi that in the India-China disputes, Washington would stand by its "friend and allies".

Spokesperson Price said the US was closely monitoring the situation along the India-China border and was concerned about Beijing’s “attempts to intimidate its neighbours".

Although Biden has not yet spoken to the Pakistani prime minister, the new US Secretary of State Antony Blinken did call his counterpart, Shah Mehmood Qureshi last week, and reiterated the US desire to strengthen ties with Pakistan.

“The Secretary and the Foreign Minister discussed the importance of continued US-Pakistan cooperation on the Afghan peace process, support for regional stability, and the potential to expand our trade and commercial ties,” said a readout of the conversation released by Blinken’s office.

The strongest statement on Pakistan, however, came from the new US Defence Secretary Gen Lloyd J. Austin who said at his confirmation hearing last month that Pakistan remains an “essential US partner” in the region.

“Pakistan is an essential partner in any peace process in Afghanistan,” Austin, a former head of the US Central Command, said.

“Iwill encourage a regional approach that garners support from neighbours like Pakistan, while also deterring regional actors, from serving as spoilers to the Afghanistan peace process.”

At a briefing arranged by the State Department’s Foreign Press Centre earlier this week, a US scholar said that the Biden administration would like to rebuild America’s relationship with Pakistan and to make it more productive than it has been during the recent past.

James M. Lindsay, a senior vice president at the Council for Foreign Relations, noted that the US has had “a longstanding relationship with Islamabad”, although recently both sides had developed “lots of differences and grievances”.

“[But] I think the Biden administration would like to do what it can to make that relationship more productive,” he added. Source: Dawn