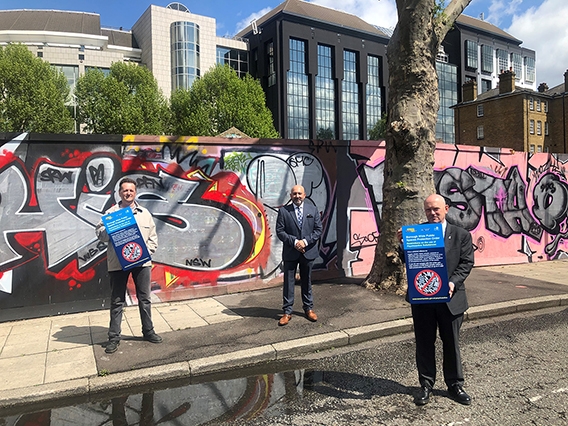 On Wednesday 28 April the Mayor ofTower Hamlets and Cabinet approved the introduction of a borough-wide PublicSpaces Protection Order (PSPO) to deal with the use of nitrous oxide linked toantisocial behaviour.

A PSPO is an order that preventscertain behaviours or actions being carried out in a specified area. TowerHamlets already has two PSPOs in place around antisocial behaviour andresponsible use of alcohol. PSPOs are one of the tools councils can use totackle antisocial behaviour, as part of the Antisocial Behaviour, Crime andPolicing Act 2014.

The new PSPO, which is now in fulleffect, makes it an offence to use nitrous oxide and engage in antisocialbehaviour, which is a concern for residents across the borough. Misuse ofnitrous oxide is associated with increased antisocial behaviour includinglittering, noise nuisance and vandalism, all of which are detrimental toresident’s quality of life and feelings of safety. Use of nitrous oxide is alsoa health concern and has other associated harms.

The decision to introduce the PSPOfollows a full consultation, where the council invited views from anyoneliving, working or visiting Tower Hamlets, along with local partners andstakeholders. From the consultation, 98 per cent of respondents were in favourof introducing a PSPO and felt there was an issue with nitrous oxide andantisocial behaviour in the borough.

The council will use intelligence,CCTV, and neighbourhood tasking to identify problem hotspots, where enforcementofficers will be deployed. Officers will engage with anyone in breach of thePSPO, explaining the order and encouraging them to stop engaging in antisocialbehaviour. Enforcement will be a last resort, with officers able to issue afixed penalty notice of £100 or prosecute individuals, which can carry a fineof up to £1,000 at court.

John Biggs, Mayor of Tower Hamlets,said: “Antisocialbehaviour is a top concern for our residents and the introduction of this PSPOis the latest in our efforts to tackle this. People taking ‘laughing gas’ oftenleave behind a mess of the metal canisters making areas look untidy, and theuse of this substance can be harmful. We remain committed to addressing andtaking action against those who carry out anti-social behaviour and negativelyimpact on residents’ lives.”

Following the decision in Cabinet, thecouncil has committed to carrying out a public awareness campaign, to makeresidents and visitors aware that it is an offence to use nitrous oxide andengage in antisocial behaviour, as well as educating people about the dangersof psychoactive substances. This follows on from the council’s ‘No LaughingMatter’ campaign, where the council cleaned up millions of cannisters andworked to tackle shops selling nitrous oxide to people who misuse it.

Councillor Sirajul Islam, Deputy Mayorand Lead Member for Community Safety, Faith and Equalities, said: “In our residents’ surveyantisocial behaviour is one of residents’ top concerns and so we have listenedand taken action by consulting and then introducing this PSPO. As a councilTower Hamlets will not tolerate anti-social behaviour and we will continue towork with partners and residents to take action against perpetrators.”