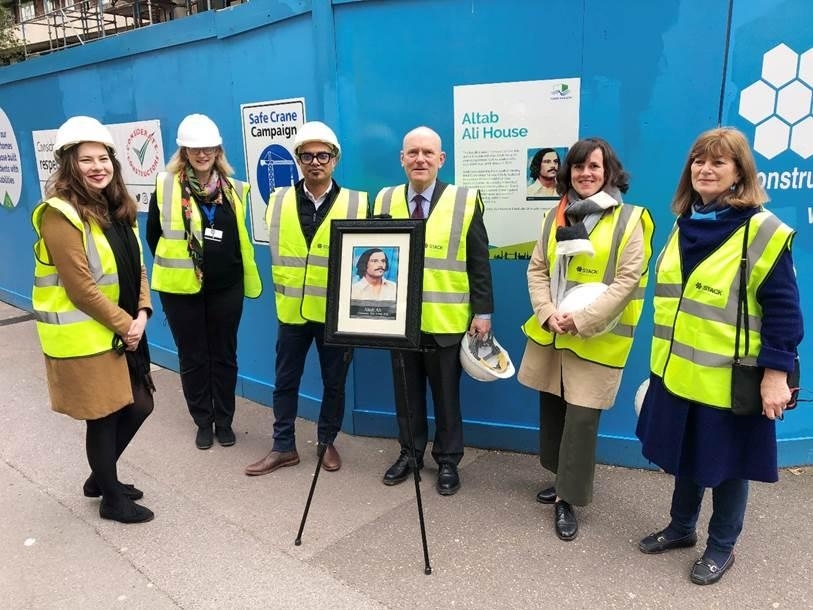 Today (Wednesday 26 May), as part of a commitment to deliver 2,000 new council homes, the Mayor of Tower Hamlets unveiled Altab Ali House in Wapping.

Altab Ali was the young Bengali man whose brutal murder in Whitechapel in 1978 mobilised the Bangladeshi and wider community to take a stand against racial intolerance.

Over 40 years later, on the first anniversary of the death of George Floyd which sparked international outrage and the global movement Black Lives Matter, the importance of standing up against all forms of hate and intolerance in our communities remains just as important.

Altab Ali, 25, had recently arrived in the UK from Bangladesh and was returning home from work at a garment factory in nearby Brick Lane when he was fatally stabbed in a park in Whitechapel that now bears his name.

This racially motivated killing shocked communities in Tower Hamlets and united them to take a stand against hatred and intolerance, marking a significant turning point in east London’s race relations.

John Biggs, Mayor of Tower Hamlets Council, said: “It’s fitting that we are naming these council homes after Altab Ali so his name will live on. We continue to take a stand against all forms of hate and intolerance, as well as educate our younger generation of the history of this terrible murder over forty years ago.”

Cllr Sirajul Islam, Statutory Deputy Mayor for Community Safety, Faith and Equalities, said: “Altab Ali’s murder will never be forgotten and acts as a reminder to our diverse communities in Tower Hamlets to unite against all forms of hate and racism. This development will deliver much needed homes at social rents for people on our housing waiting list.”

The redevelopment of a former garage site, the construction of Altab Ali House will provide 18 new council homes for rent. These 100% affordable homes will have a mix of 1, 2 and 3 bedrooms, new landscaping at street level and will replicate the design of the historic wharf buildings in Wapping.

The construction of the development is due to be completed in February 2022.