Screening of Monkeypox to start at airports, land ports 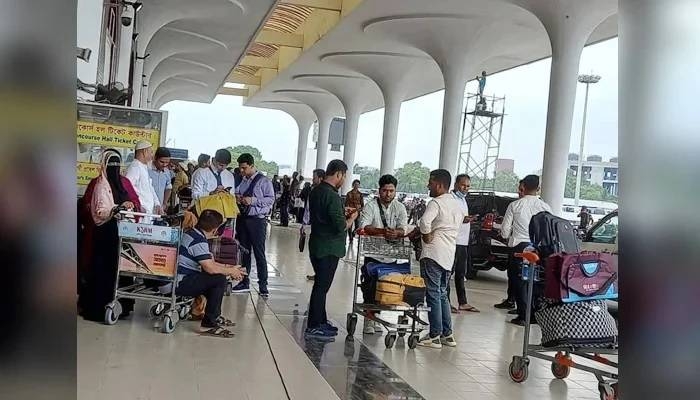 ﻿All international airports and land ports in Bangladesh have been issued a notice to begin monkeypox screening of all incoming travelers from countries where cases have been detected, according to the health directorate.
Prof Nazmul Islam, Director (Disease Control) at the Directorate General of Health Services, issued the health notice in a circular.
"Surveillance and health screening for passengers arriving from countries with monkeypox cases must be strengthened at all international airports and land ports," the circular read.
According to BBC, more than 80 monkeypox cases have been confirmed in at least 12 countries, including United States, Canada, Australia, United Kingdom, Spain, Portugal, Germany, Belgium, France, Netherlands, Italy, and Sweden.
The World Health Organization has said another 50 suspected cases are being investigated – without naming any countries – and warned that more cases are likely to be reported.