The celestial object, 2018VP1, is headed towards the Earth on November 02

Asteroid heading towards Earth a day before US elections: NASA 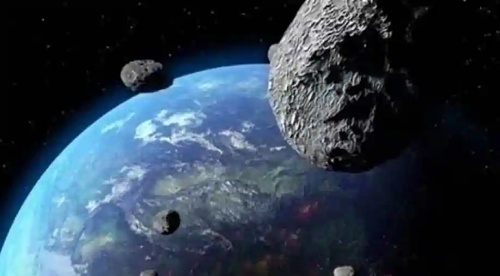 Janomot report: The US Presidential elections are always a huge affair and comes with its own problems and controversies. This year, with the ongoing pandemic, problems have doubled up. However, to make matters worse, an asteroid is headed towards the United States.

The celestial object, 2018VP1, is headed towards the Earth and that too on November 02 — a day before the much-controversial elections.

Center for Near Earth Objects Studies at NASA's Jet Propulsion Laboratory has claimed the asteroid is diameter is 0.002 km, or about 6.5 feet, but probably won't have a deep impact.

The asteroid, which was first discovered in Palomar Observatory in California in 2018, can have three imoacts but NASA has observed that "based on 21 observations spanning 12.968 days", there is only a 0.41 per cent chance of the asteroid actually hitting the Earth.

The upcoming US Presidential elections have always been facing problems due to the ongoing coronavirus pandemic, that has made it difficult for voters to go to voting centres to vote. The US lawmakers are urging people to opt for mail-in voting, which the US President Donald Trump feels will be an "embarassment" for the country.

Trump is re-running for the post of President against Joe Biden, who is winning the race, as per the early polls. The elections are scheduled for November 03, with Trump claiming that the results will not be announced for weeks.